PREMIUM SPOTLIGHT ON NEW STAR TREK: PICARD SERIES WITH PATRICK STEWART! ALL YOU NEED TO KNOW ABOUT THE NEW CREW!

'STAR TREK: PICARD'
ALL YOU NEED TO KNOW ABOUT THE NEW AND OLD CREW
Are you ready to engage the engines full speed ahead, trekkies? Because that is what Patrick Stewart is about to do next week when his new STAR
TREK: PICARD sf series starts January 23rd on CBS All Access which has so much faith in the new show that they've already ordered a 2nd ten episode season as well! Amazon Prime will air the show around the world a day after.
Produced by Alex Kurtzman,  it will be the eighth series in the Star Trek franchise following now retired captain Jean Luc Picard. Set at the end of the 24th century, the storyline is affected by the destruction of the planet Romulus, as well as the death of Data. Much to the joy of Star Trek fans, his old Enterprise crew members Deanna Troi (Marina Sirtis), Data (Brent Spiner) and Commander Ryker
(Jonathan Frakes) who is also directing some of the episodes) will all appear in the series together with Jerry Ryan's Seven of Nine! Troi and Ryker are married now and have kids.
Admiral Jean Luc Picard
Patrick Stewart is playing the famous Enterprise captain and an admiral in his older years, breaking his retirement (which he enjoyed producing vine and 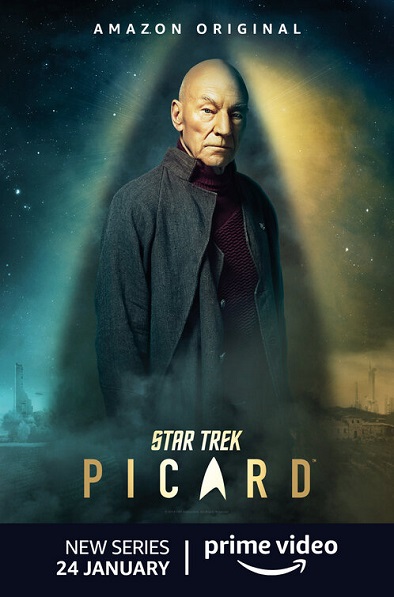 playing with his new dog) and going on a new interstellar adventure. Stewart agreed to join the series only if there were no uniforms and no Enterprise for him in it. 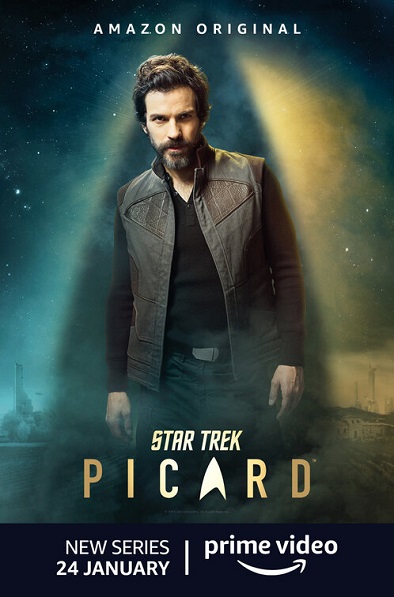 Pilot Cristobal Chris Rios
In the more contemplative series with one storyline, instead of episodic plots, Santiago Cabrera will play Chris Rios, the pilot of Picard’s ship who is also a skillful thief and a former Starfleet officer. 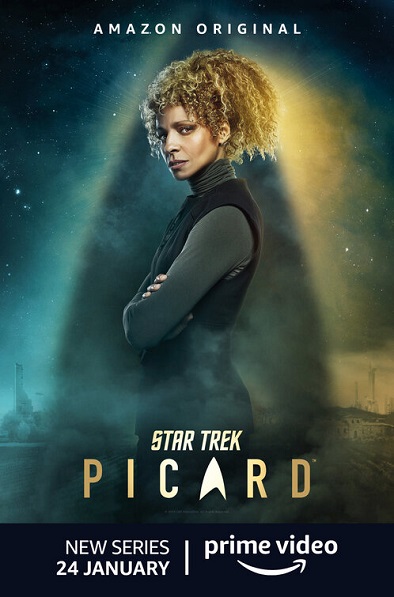 Intelligence Officer Raffi Musiker
Michelle Hurd has been added to the cast as Raffi Musiker, a former intelligence officer who is a brilliant analyst with a terrific memory that has not been affected by her drug and alcohol abuse. 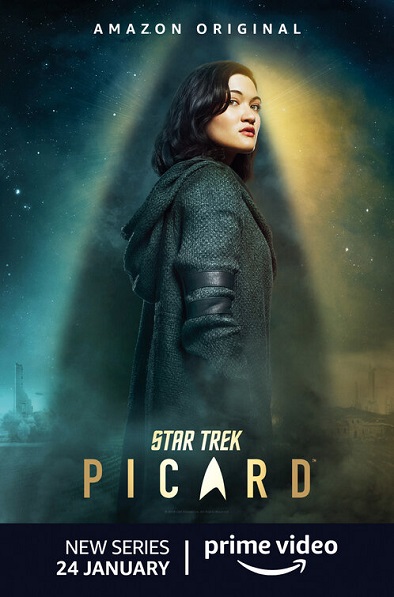 Dahj Who Starts The Action
Isa Briones will star in the brand new science fiction series as Dahj, a young woman who comes to Picard for help  which puts the show into action. 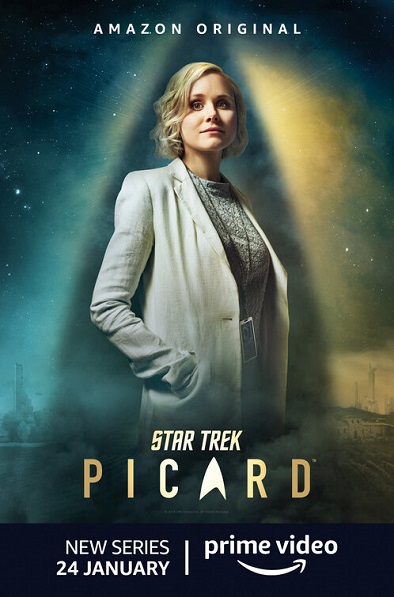 Doctor Agnes Jurati
Alison Pill will play Agnes Jurati, a doctor who shares a common goal with admiral Picard. She is also Rios' love interest in the series. 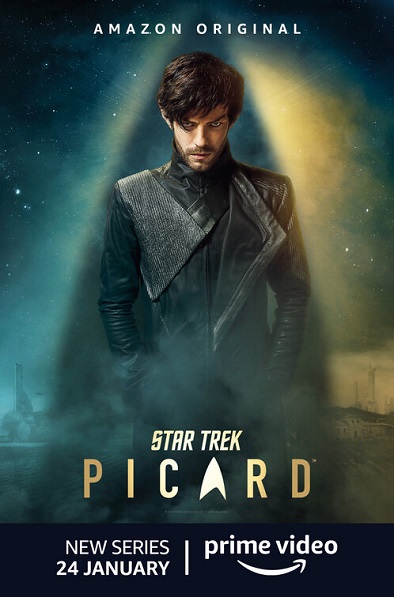 Romulan Agent Narek
English actor Harry Treadaway will appear in the series as Narek, a Romulan agent who joins Picard's crew in investigating what his people are doing to former Borg drones! 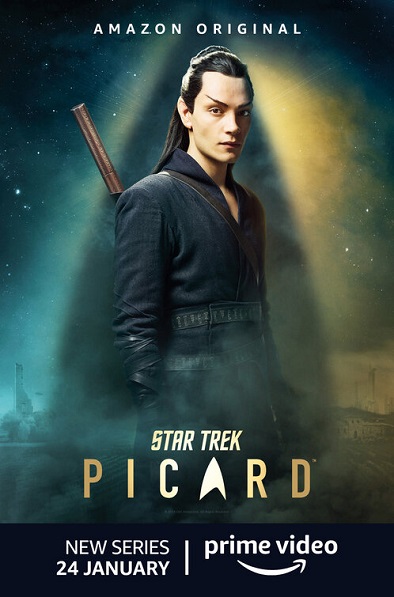 Romulan Warrior Elnor
Evan Evagora will play Elnor, a Romulan refugee who is an expert in hand-to-hand combat and is fiercely loyal to Picard. 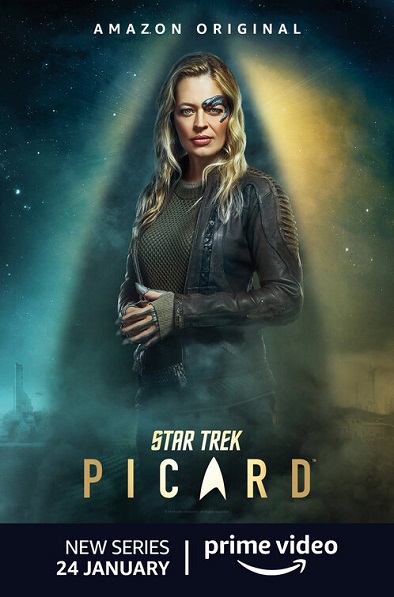 Seven Of Nine
Jeri Ryan returns as legendary Seven of Nine: a fan favourite former Borg drone liberated from the Collective by the crew of Voyager. She has changed and is much more human now. 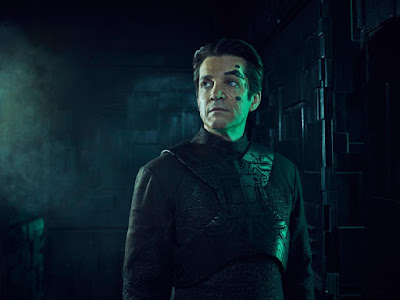 Hugh The Borg
Jonathan Del Arco returns from previous series as Hugh: a former Borg drone who appeared in a few of the Next Generation episodes. 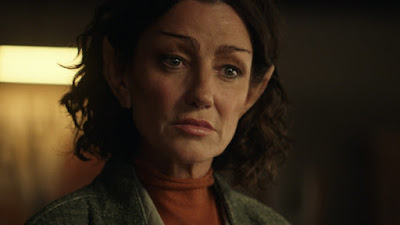 Laris Romulan
Our dearest Irish star Orla Brady stars in the first three episodes of the new series as Romulan Laris who together with her husband takes care of Picard's chateau. She is also very tech savy.