'LOVE IN CHAINS' SERIES
WATCH IT ON AMAZON PRIME!
Here is another interesting period set project coming from Ukraine, and I think the ladies will like it: costume series LOVE IN CHAINS (Krepostnaya) which already has 24 episodes of the first season streaming over at Amazon Prime (I hear there is already a widespread bingecraze around it). Kateryna Kovalchuk plays Kateryna a beautiful and clever girl who was, by the will of her godmother, raised as a lady of noble blood. But for the whole world, she is only someone else's property, a bondmaid of the richest landowner in Nizhyn - Chervinskyi.
The series, originally released in Ukraine a year ago, where it became their record breaking telenovella, was also a hit in Poland and Russia. I hear the show itself was filled with outstandingly rich and opulent costumes. There is also a second season bringing the total number of episodes up to 48 with the third and fourth season already ordered to be released sometime in 2021 when it is expected that the number of episodes will be close to 100. After the success of the series, a line of books inspired by the story, were released in Russian language. You can check out the trailer for the series below with English subtitles. What do you think, will you binge it? 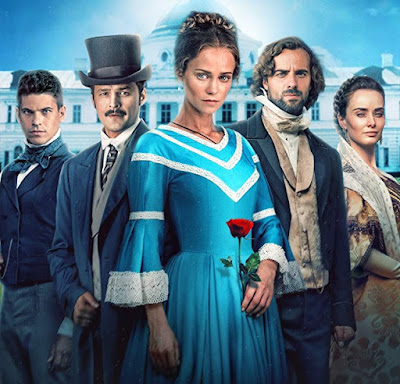 What's The  Story About?
It is year 1856, Kateryna is beautiful, clever and by the will of her godmother was raised as a lady of noble blood. But for the whole world, she is
only someone else’s property, a bondmaid of the richest landowner in Nizhyn – Chervinskyi (Mikhail Gavrilov). Struggling for her freedom and the right
to be happy, she will have to endure the deaths of her closest people, become the property of a woman who hates and dreams to kill her, survive the popular
uprising, escape while being chased by a maniac and flee from the one who wants to get her above all. What awaits Kateryna at the end of such a terrible and exhausting path to freedom?