'THE STAND' SF SERIES
JAMES MARSDEN TO TOPLINE?
He really did survive a betrayal from his beloved one in the second season of Westworld, but it does not mean James Marsden won't make a stand or THE STAND! Yep, he will lead new TV series adaptation of Stephen King's famous novel over at CBS All Access! Apparently Amber Heard, Greg Kinnear and Whoopi Goldberg are also in the run.

He will lead the nine episode adaptation of the post apocalyptic novel which depicts the total breakdown of society after the accidental release of a strain of influenza that had been modified for biological warfare and causes an apocalyptic pandemic which kills off the majority of the world’s human population.


As Deadline reports, he will be Stu  Redman, a man who is immune to the virus. He found patient zero in the original quarantine zone but never got sick so the government was precious with him in order to try to find a vaccine from his blood.


'THE OUTPOST' SF SERIES
SEASON 2 TRAILER IS OUT!
Speaking of sf, first trailer for the second season of THE OUTPOST has been released and it promises richer costumes and sets and more action when
the series returns at CW July 11th and a few days later at SyFy Australia and SyFy UK. Jake Stormoen and  Jessica Green will again lead the season in which they will have to prepare the Outpost for war!


IN THE SECOND SEASON:
having defeated Dred and retaken the Outpost, Talon (Jessica Green) and Gwynn prepare for war. Talon delves deeper into demon summoning, while 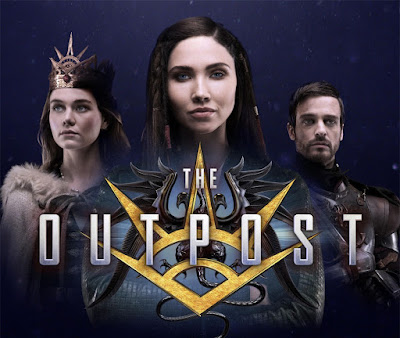 Gwynn (Imogen Waterhouse) recruits allies. The Prime Order trinity known as “The Three” reveal mysterious powers as they send spies, assassins,
and a devastating weapon to the Outpost. As Talon uncovers the legacy of her people, she must decide who to trust, and separate her real friends from her enemies before the Prime Order attacks.