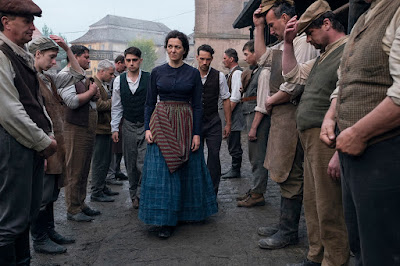 THE STORY OF OKTOBERFEST
set in Munich in 1898, revolves around a young girl who falls in love with a poor brewer's son against her father's wishes, who himself is a rich mobster
who has come to town to try and bully his way into the inner circle of Munich's brewer dynasties. Soon blood is shed and the young brewer has to fight
desperately in order to protect his own family from his love's father. A thrilling drama about intrigues, emancipation, love and class conceits that sheds light
on the secluded world of breweries and pubs – the places where Munich's truly powerful secretly carry out their affairs – set against the backdrop of the world-famous, iconic beer spectacle.
Posted by DEZMOND at 1:30 PM