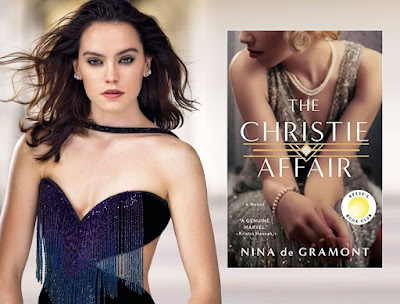 disappeared for two weeks. In 1926, when her husband’s affair became public, Agatha Christie vanished for eleven days. In this reimagining, told through the eyes of her husband’s mistress Nan O’Dea (Daisy Ridley), Nan and Agatha become entwined in each other’s lives in ways neither expected.
THE RINGS OF POWER SERIES
SAM HAZELDINE REPLACES JOSEPH MAWLE IN SEASON 2
After the first season broke all records scoring astounding 100 million viewers from all corners of the world, the most expensive series ever and the most beautiful one of the year behind us THE RINGS OF POWER is preparing the second season and they have now replaced Joseph Mawle in 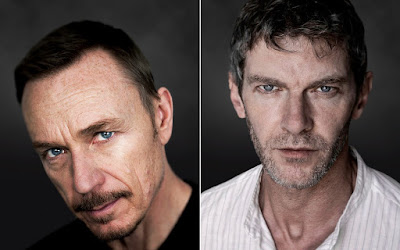 the role of evil Orc leader Adar with Sam Hazeldine. The reasons are not known, but Mawle did not take part in promotional activities for the first season either. New faces joining the second season in undisclosed roles also 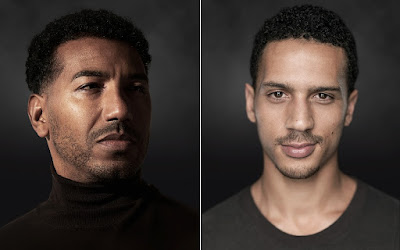 include Gabriel Akuwudike, Yasen ‘Zates’ Atour, Ben Daniels, newcomer Amelia Kenworthy, Nia Towle, and Nicholas Woodeson! The show set thousands of years before the events from the Lord of the Rings movies, should, hopefully, return sometime next year.
MAFIA MAMMA TRAILER
STARRING TONI COLLETTE AND MONICA BELLUCCI
Although it won't hit theatres until April 14th next year, a trailer has been released for Toni Collette's comedy movie MAFIA MAMMA in which she plays an insecure American woman who inherits her grandfather’s mafia 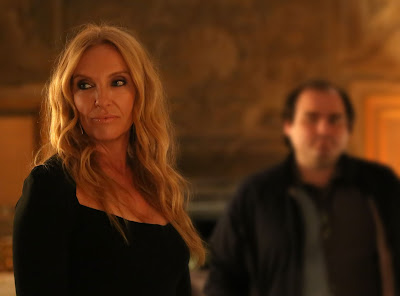 empire in Italy. Guided by the firm’s trusted consigliere (played by Monica Bellucci), she hilariously defies everyone’s expectations, including her own, as the new head of the family business.
Posted by DEZMOND at 7:30 PM