THE LOST GIRLS TRAILER
FROM PETER PAN UNIVERSE
First trailer has been released for a movie set in the Peter Pan universe: to arrive this June, THE LOST GIRLS chronicles four generations of Darling women as they struggle in the aftermath of their adventures with Peter Pan (Louis Partridge) in Neverland. Like her grandmother (Vanessa Redgrave) and her mother Jane (Joely Richardson), Wendy (Emily Carey and Livia De Paolis, who is also the director) must escape Pan’s hold on her and the promise he desperately wants her to keep. As her daughter Berry (Ella Rae-Smith) comes into Peter’s orbit, Wendy must fight to save her relationship with her daughter while reconciling her legacy. Iain 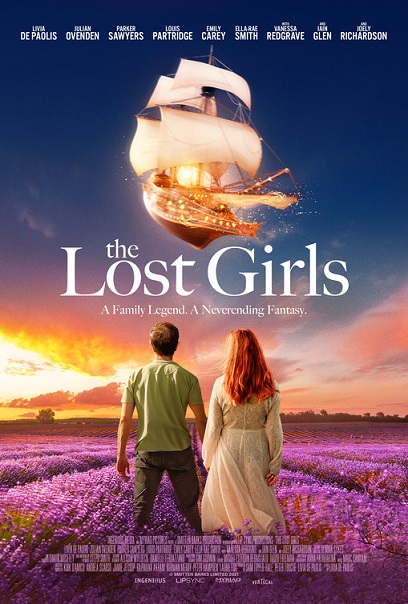 Glen and Julian Ovenden also star in the film based on a Laurie Fox novel. Check out the rather cheap looking trailer below and tell us what you think:
PACHINKO TV SERIES
FIRST PHOTOS UNVEILED
Apple has sent us first photos from their TV series adaptation of Min Jin Lee's novel PACHINKO which will, following multiple generations of a family, arrive to the streamer March 25th with first three episodes with the rest airing weekly. The upcoming drama, told in three languages - Korean, Japanese and English, chronicles the hopes and dreams of four generations of a Korean immigrant family. Epic in scope, intimate in tone, the story begins with a forbidden love and crescendos into a sweeping saga that journeys between Korea, Japan and America to tell the unforgettable story of war and peace, love and loss, triumph and reckoning. The Terror's Soo Hugh is executive producing. Stay tuned for the first trailer which is probably arriving next month.
Posted by DEZMOND at 1:00 PM