COFFEE WITH CARDAMOM
PERIOD SET TELENOVELLA
Here is something very pretty on the eye for you today: COFFEE WITH CARDAMOM, a ten episode historical drama from the Ukrainian national broadcaster STB, the events of which unfold in the city of Lviv, the biggest one in the West on Ukraine, in the XIX century. The script is based on the best selling novel by Ukrainian writer Natalia Gurnytska "Coffee Melody in Cardamom Tone".
COFFEE WITH CARDAMOM
is a dramatic story of the forbidden love of a Ukrainian woman and a Polish nobleman, which takes place in Lviv in the middle of the XIX century, during the "Spring of Nations", the revolution of 1848-1849. The series, which started in Ukraine a few days before Christmas last December, tells the story of a young girl, the daughter of a priest, who ties her life with a much older married nobleman. Their relationship - an unprecedented act for the XIX century - gained notoriety, so the protagonists faced condemnation. 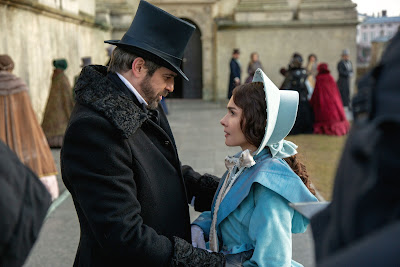 WHO IS DRINKING THE COFFEE?
The main female role is played by actress Olena Lavreniuk, and her partner in the series is famous Polish heartthrob, actor Pavel Delong. The authors of the script did not spare the main character, and she will have to go through a lot: condemnation, betrayal, love and hate! The series was done on a $2 million budget in a co production with neighboring Poland. One of Ukraine's most famous singers Zlata Ognevich was in charge of the beautiful soundtrack! Check out the lavish trailer for the series below and tell us what you think, do you like it?
Posted by DEZMOND at 1:00 PM