A COURT OF THORNS AND ROSES
TO BECOME TV SHOW AT HULU
Although Hulu was first supposed to turn her Throne of Glass into a TV series, and then Constantin Film was supposed to do the same with her A COURT OF THORNS AND ROSES, the later book from Sarah J. Maas will now become a TV series at Hulu produced by Outlander's Ron Moore. The story blends epic romance, adventure, and political intrigue in a tale of a huntress who agrees to travel to a magical realm with a faerie lord in return for her family’s safety, only to fall for him and ultimately fight for that love when an ancient curse threatens to destroy the faerie and human realms. The first book in the series was followed by sequels A Court of Mist and Fury in 2016, A Court of Wings and Ruin in 2017, A Court of Frost and Starlight in 2018 and A Court of Silver Flames earlier this February.
ARENA MODE SF SAGA
TO BE TURNED INTO A SHOW 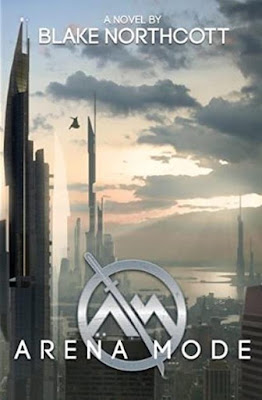 Speaking of new sf adaptations, Blake Northcott's science fiction trilogy ARENA MODE will be turned into a sf show following Matthew Moxon, a young man living in a dystopian future in the year 2041. Moxon discovers he has an aggressive brain tumor and enters a deadly sporting event with the hopes of winning enough money for life-saving surgery. But in Arena Mode, a deathmatch-style tournament where thirteen superhumans fight for a multi-billion dollar prize, he’s the only competitor without a super power. With the odds stacked impossibly against him, Moxon fights to not only survive the wrath of his competitors, but to unlock the mysteries buried within the Arena itself. As Deadline reports, Heavy Metal Entertainment is producing.
Posted by DEZMOND at 1:00 PM