FRESHLY ORDERED COMEDIES
CBS ORDERS 'FAM' MULTICAM WITH NINA DOBREV, TONE BELL!
Last week was a black one for many shows as tons of them got cancelled, but this is also the time of the year when networks are ordering pilots into series.
CBS has cancelled Kevin Can Wait, Living Biblically, 9JKL and, sadly, our favourite Superior Donuts, as they're planning to fill Monday night with new 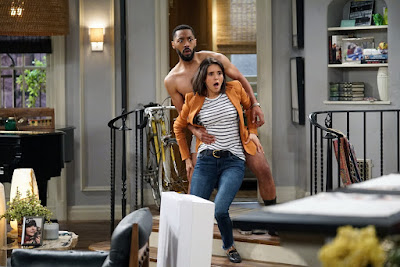 comedies. They've ordered FAM multicam sitcom into series with Nina Dobrev as a young woman whose dreams of an upstanding life with her new fiancé are dashed when her younger train wreck half-sister comes to live with 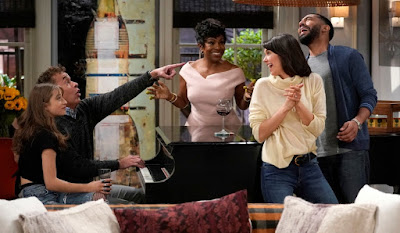 her to escape their train wreck of a father. Tone Bell, Odessa Adlon, Brian Stokes Mitchell and Sheryl Lee Ralph also star. It will air in midseason!


CBS ALSO ORDERS JOSH LAWSON AND DAMON WAYANS MULTICAMS
Beside Murphy Brown revival, CBS will also have Cedric the Entertainer's new multicam WELCOME TO THE NEIGHBOURHOOD about the nicest guy in the Midwest (Josh Lawson) who moves his family into a tough neighbourhood in L.A. where not everyone appreciates his
extreme neighbourliness. That includes their new next-door neighbor Calvin (Cedric). Sheaun McKinney, Tichina Arnold, Dreama Walker, Marcel Spears and Hank Greenspan also star. CBS will also have the untitled Damon Wayans Jr. comedy which revolves around Peter (Wayans)
and Claire (Amber Stevens West), a couple who are tired of their mundane life and start to reconnect with their younger, cooler selves when an emerging 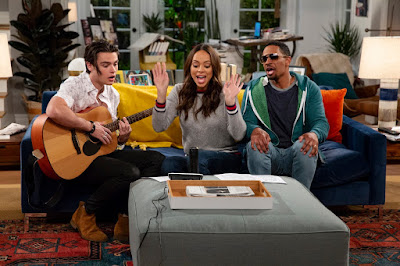 pop star (Felix Mallard), who is drawn to their super-normal suburban life, moves in. Stephanie Weir and Chris Parnell also star. The two sitcoms will air from Autumn on Monday nights!
UPDATE The news is just in from CBS that they have replaced Josh Lawson with Max Greenfield in the sitcom! They have also revealed that Damon's sitcom will be titled HAPPY TOGETHER!

NBC SETS BAR AT 'S 'ABBY'S'
NBC has picked up a multicam reminiscent of Cheers. ABBY'S is set at the best bar in San Diego, home to good prices, great company and, of course, Abby (Natalie Morales). This unlicensed, makeshift bar nestled in her
backyard is the opposite of everything annoying about today’s party scene. There are no cell phones (not even to “look something up”), earning a seat at the bar takes time and losing a challenge means drinking a limey, sugary “not- 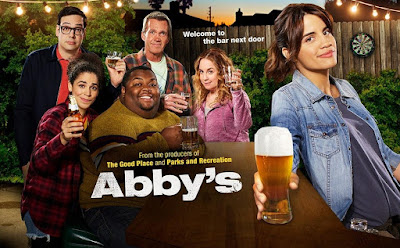 beer” drink. As the oddball cast of regulars will tell you, hanging out at Abby’s is a coveted honour. But once you’re in, you’re family. Neil Flynn, Nelson Franklin, Jessica Chaffin, Leonard Ouzts and Kimia Behpoornia star.


FOX REVIVES LAST MAN STANDING AND PAIRS IT UP WITH COOL KIDS
Over at Fox the greatest news is that they are reviving Tim Allen's much adored LAST MAN STANDING which was shamelessly killed at ABC. With all the cast (Nancy Travis, Jonathan Adams, Amanda Fuller,
Christoph Sanders and Jordan Masterson) returning it will be Fox's leading programme next season if it brings its massive ratings from ABC where it was their second most watched comedy. It will be joined at Fox by
THE COOL KIDS! Starring Vicki Lawrence, Martin Mull, David Alan Grier and Leslie Jordan, it follows three guy friends in a retirement community who are the top dogs until they’re blown out of the water by the newest member of the community, a female rebel whose ready to challenge their place – it’s high school with 70 somethings. Stay tuned as I will be updating the post with new info as it arrives! The two comedies will air on Fridays from Autumn.
Posted by DEZMOND at 1:30 PM