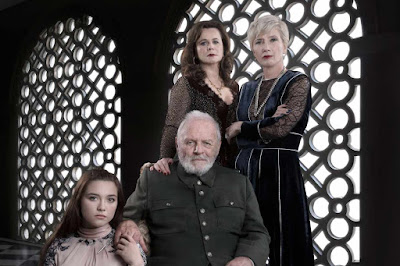 BBC SETS DATE FOR 'KING LEAR'
WITH ANTHONY HOPKINS, EMMA THOMPSON, EMILY WATSON!
A little bit of Shakespeare for your enlightenment today, starting with Anthony Hopkins' TV movie KING LEAR which will air on BBC Two Monday 28th May! You can check out the trailer below the post! 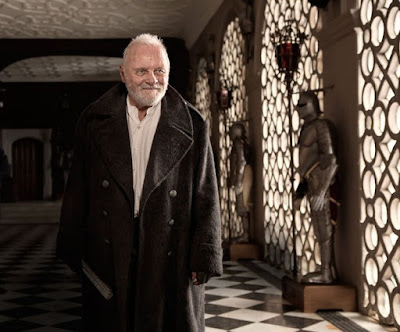 THE BURDEN OF BEING A KING
Set in the fictional present, the 80 year old King Lear (Anthony Hopkins) divides his kingdom among his daughters, Goneril (Emma Thompson), Regan (Emily Watson) and Cordelia (Florence Pugh) - according to their
affection for him. Cordelia refuses to flatter him, so he banishes her. Having acquired power, Goneril and Regan expel their father from their homes. At the
same time, Lear's prime minister, Gloucester (Jim Broadbent), is betrayed by his son Edmund (John Macmillan) and his other son, Edgar (Andrew
Scott), is forced to go into hiding. Lear becomes mad, Gloucester is blinded: both the kingdom and the family descend into chaos and warfare.

NEW 'MACBETH' MOVIE
WITH MARK ROWLEY
Speaking of Shakespeare's works done in a new light, check out this one: MACBETH  entirely shot on green screen and reinvented by director Kit Monkman starring The Last Kingdom's Mark Rowley! Monkman’s unique adaptation successfully bridges the gap between theatre and film by exploiting the capabilities of the green screen to portray the vast world of make-believe while maintaining the traditional values, language and themes of Shakespeare’s original theatrical play.

A BRAVE NEW VISION OF THE OLD STORY
Brilliant young general MACBETH pulls off a glorious victory in battle before returning to an indolent court where honours are dispensed by whim. Spurred on by prophesying drifters and an ambitious wife, MACBETH sets his sights on the throne. In Kit Monkman's adventurous new adaptation, this compelling tale of unchecked ambition, soured friendship, lost intimacy and the descent into nihilism 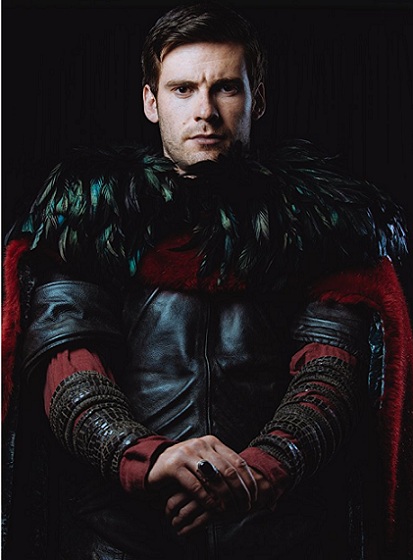 is encountered in a strange and claustrophobic territory partly conjured by the mind. The movie is currently available to stream and download on Amazon.