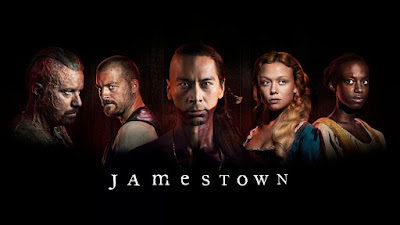 Jamestown was renewed for third season in March 2018
'JAMESTOWN' SEASON 2
STARTS TOMORROW AT SKY!
Just a reminder for you today that the second season of historical series JAMESTOWN starts tomorrow at British Sky One with eight new episodes
(the first one will be a double one). Set in the 1600's Virginia it follows the inhabitants of one of the first towns to be build their by the colonists. While
the first season dealt with the arrival of new women there, the second season will deal with the arrival of Angolan slaves into their community and the
changes that brings. The main stars will still be Alice (Sophie Rundle), Jocelyn (Naomi Battrick) and Verity (Niamh Walsh), three brave women
who were the first females to set foot in Jamestown for 12 years. The Native American tribes will again play a large part of the story. A terrible crime will
throw suspicion on the entire colony. Meanwhile, Jocelyn will forge a surprising connection when her position in JAMESTOWN comes under threat. 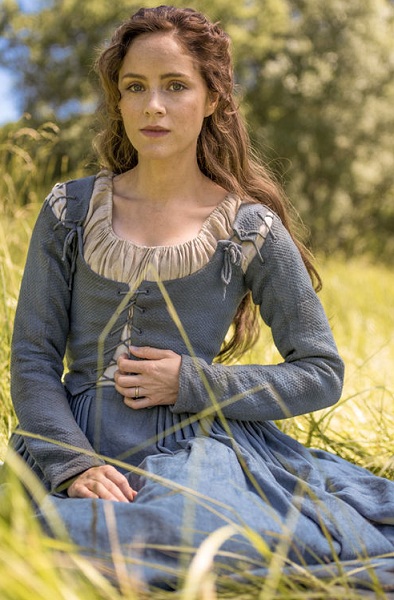 WHO RETURNS TO JAMESTOWN?
Max Beesley returns as the villainous farmer Henry, Stuart Martin as his kind hearted brother Silas who is having a baby with Alice, Gwilym Lee as
the recorder and Jocelyn's husband sadly dies and leaves her finding a new way to stay in the town on her own! Jason Flemyng and Claire Cox are the
Governor and Governess of Virginia. Dean Lennox Kelly returns as drunken tavern owner Meredith, Verity's husband, Matt Stokoe as hunky
blacksmith James and Ben Starr as the dashing doctor Christopher who is flirting with Jocelyn. New faces include Abubakar Salim as Pedro, Rachel
Colwell as Winganuske and Abiola Ogunbiyi as Maria. Check out the trailer for the new season below.