Sidney, Genesis Rodriguez, Brianne Howey, BJ Britt and Jennifer Ferrin also star.
Described as an epic, character driven thriller that morphs into a post apocalyptic odyssey THE PASSAGE is told in two timelines. In the present, a 10-year-old Amy Bellafonte (Sidney) seems to have special powers that allow her to communicate with “virals,” terrifying monsters that once were human. Through flashbacks, Amy tells her tale, which is directly tied to the genesis of these creatures. Gosselaar will play an agent who is supposed to escort her from a medical facility but escapes with her realizing she might be the key for saving humanity from a vampire disease! adulteress wife in Outlander, Sam Heughan will move onto the big screens as well, since he just landed his first leading movie role. He will apparently play a cheating spy in THE SPY WHO DUMPED ME which also stars Mila Kunis and Kate McKinnon.
Set for July next year, the movie revolves around two women (played by Kate McKinnon and Mila Kunis) who find themselves in the middle of an international conspiracy when one of them discovers that the man who dumped her was actually a spy. 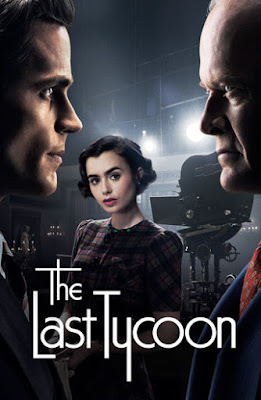 Amazon has released the trailer for their new mini series THE LAST TYCOON which will start airing July 28th starring Matt Bomer, Lily Collins and Kelsey Grammer. Nine episodes are a Scott. F. Fitzgerald adaptation. The story follows Monroe Stahr, Hollywood's Golden Boy as he battles father figure and boss Pat Brady for the soul of their studio. In a world darkened by the Depression and the growing influence of Hitler's Germany, THE LAST TYCOON illuminates the passions, violence and towering ambition of 1930s Hollywood.