'AQUAMAN'
LUDI LIN TO LEAD THE ROYAL ARMIES OF ATLANTIS
Here's a face (and, let's be honest, a body too) we'd like to see more often on the big screens: Ludi Lin, whom we watched in Marco Polo
series and as Black Ranger in Power Rangers movie, will use his martial arts skills in AQUAMAN as well after getting the role of Murk.
In the movie set for December next year and lead by Jason Momoa, Amber Heard, Nicole Kidman and Patrick Wilson, Ludi will be the leader of the army of Atlantis, the first line of defence for the city, known as the Men-of-War and Aquaman’s trusted ally. In the comics, he isn't fully trustworthy since he sometimes sides with AQUAMAN's evil brother Ocean Master who wants to take over the throne of Atlantis!


'WARRIORS OF THE DAWN'
FIGHT FOR YOUR KINGDOM
Here's a trailer and poster for epic action movie currently out in Korean cinemas WARRIORS OF THE DAWN and will be released in USA in two weeks! 1592 Joseon, In those days, it was common for the rich to hire the poor to do their hard and dangerous mandatory military duties. They were called 'proxy soldiers'. A veteran proxy soldier Towoo (Lee Jung-jae) and his comrades are deployed to the south, where the Japanese have invaded. The King of Joseon has decided to seek asylum in China, and as he flees, he orders 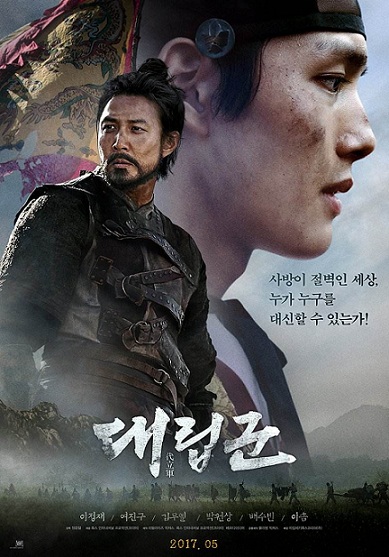 his young son to take over the country's military command. Vulnerable Gwanghae (Yeo Jin-goo) is devastated, but with Towoo's help, he is ready to fight in that harsh reality.