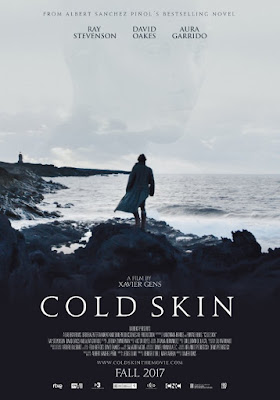 We're all sf today, people, beginning with new photos from sf thriller COLD SKIN which should arrive some time later this year starring our most beloved David Oakes alongside Ray Stevenson!
ON A DESO- LATE ISLAND
On the edge of the Antarctic Circle, in the years after World War I, a steam ship approaches a desolate island far from all shipping lanes. On board is a young man, on his way to assume the lonely post of
weather observer, to live in solitude for a year at the end of the world. But on shore he finds no trace of the man whom he has been sent to replace, just a deranged castaway who has witnessed a horror he refuses
to name. The rest is forest, a deserted cabin, rocks, silence, and the surrounding sea. And then the night begins to fall... 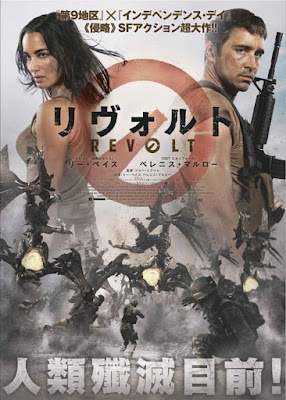 PUTS LEE PACE VS ALIENS
Aliens attack in the first international trailer for sf action movie REVOLT starring Lee Pace and Berenice Marlohe in a story of humankind's last stand against a cataclysmic alien invasion. Set in the war-ravaged African countryside, a soldier and a French foreign aid worker team up to survive the alien onslaught. Their bond will be tested as they search for refuge across a crumbling world.