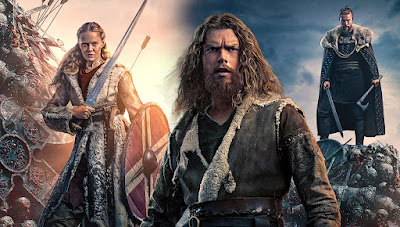 VIKINGS: VALHALLA SERIES
ARRIVES NEXT WEEK!
I have to warn you, people, to lock your daughters in right away as the Vikings are arriving next week, February 25th when VALHALLA epic TV series streams on Netflix with its first season and the second one has already been shot too as the whole series, coming from Tudors and Vikings creator Michael Hirst, has originally been ordered for 24 episodes which is four seasons. Our old friend Trevor Morris is scoring the music for the series which shot its first two seasons from October 2020 till November 2021!
VIKINGS VALHALLA STORY Set over a thousand years ago in the early 11th century, VALHALLA chronicles the heroic adventures of some of the most famous Vikings who ever lived — the legendary explorer Leif Erikson (Sam Corlett), his fiery and headstrong sister Freydis Eriksdotter (Frida Gustavsson), and the ambitious Nordic prince Harald Sigurdsson (Leo Suter). As tensions between the Vikings and the English royals reach a bloody breaking point and as the Vikings themselves clash over their conflicting Christian and 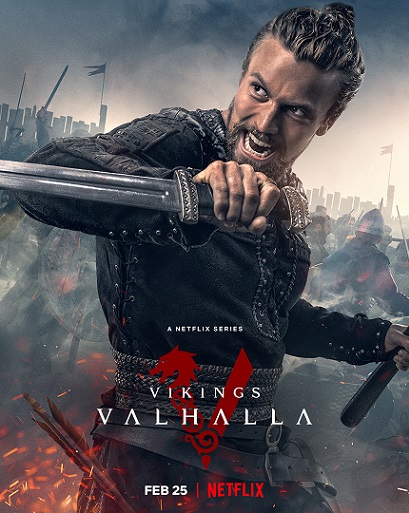 pagan beliefs, these three Vikings begin an epic journey that will take them across oceans and through battlefields, from Kattegat to England and beyond, 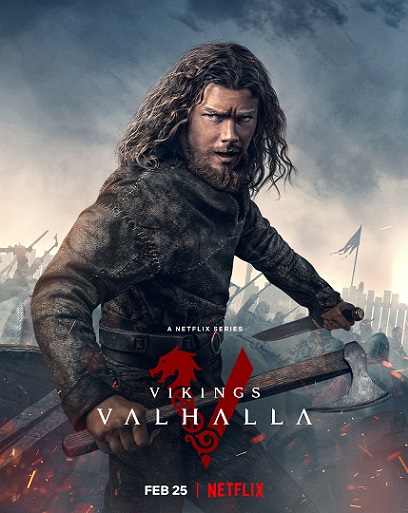 as they fight for survival and glory. VIKINGS: VALHALLA, set over a hundred years after the end of the original Vikings series, is a new adventure that blends historical authenticity and drama with gritty, immersive action! 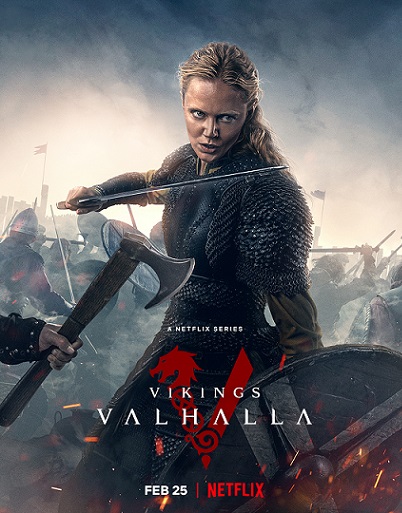 HARALD SIGURDSSON
The great-grandson of Harald “Finehair,” Harald is a natural and charismatic leader who excels in spycraft. A Christian driven by the viking 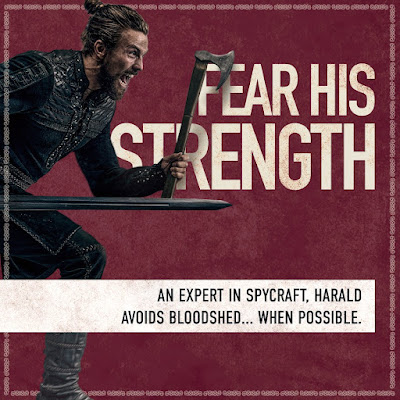 pursuit of glory, he prefers compromises when possible to avoid bloodshed. He’s taken with Freydis at first sight and the two grow close despite their opposing religious beliefs
LEIF ERIKSSON
Leif’s upbringing in Greenland makes him an outsider to the Danes, and his father’s violent legacy makes him a distrusted outsider. When he travels to 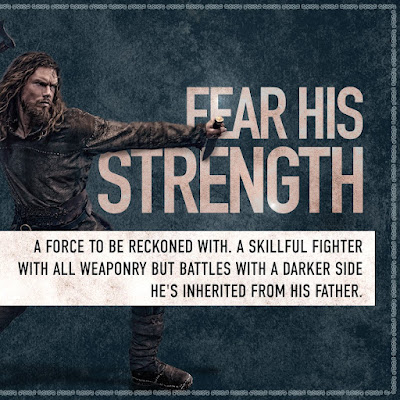 Norway seeking vengeance for his sister, he hopes to earn the confidence of the vikings with his seamanship and warcraft and to step out of his father’s shadow for good.
FREYDIS ERIKSDOTTER
Unlike her brother, Leif, Freydis seems more than willing to embrace the darkness passed down by her father. A trained shieldmaiden, Freydis is one of 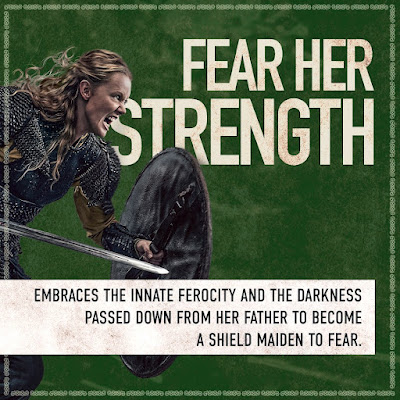 the most formidable warriors in Norway. Her devotion to traditional beliefs is strengthened with a pilgrimage to Uppsala and a meeting with The Seer, but her faith puts her at odds with Harald.
WHO ELSE IS IN THE CAST?
The series that shows the end of the Viking Age, marked by Battle of Stamford Bridge in 1066, also stars our dearest David Oakes as Earl Godwin, the king's manipulative councilor, Laura Berlin as queen Emma of Normandy who wants to protect the country she loves, Bradley Freegard as King Canute "the Great" who wants to create a great Northern Empire and is as adept in politics as he is in battle, Jóhannes Haukur Jóhannesson as Olaf "the Holy" Haraldsson the king of Norway who is Harald's very clever brother, Caroline Henderson as Jarl Haakon the black ruler of Kattegat, Pollyanna McIntosh as Queen Ælfgifu of Denmark who is Canute's wife, Louis Davison as Prince Edmund, Bosco Hogan as King Æthelred the Unready, gorgeous Gavin Drea plays treacherous and charismatic Eadric Streona the elderman of Mercia. and many others. Check out the glorious new trailer coming from Netflix and tell us are you excited about the new series and will you watch it? Who is your favourite character?
Posted by DEZMOND at 1:00 PM