ANATOMY OF A SCANDAL
RUPERT FRIEND & SIENNA MILLER CAST IN NETFLIX SERIES
I'm a bit late with this one, but Netflix has announced lead cast for their TV series adaptation of Sarah Vaughan's novel ANATOMY OF A 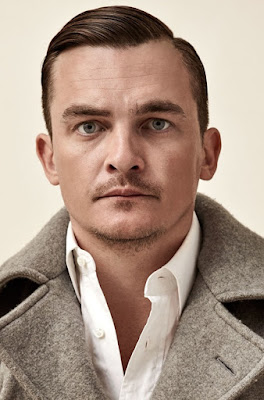 SCANDAL from David E. Kelley. British actors Rupert Friend, Sienna Miller and Michelle Dockery will topline the six part series!
ANATOMY OF A SCANDAL tells the story of a scandal among the British privileged elite following a high-flying Westminster politician whose marriage unravels when he is accused of rape. Sophie is sure her husband is innocent, while prosecutor Kate is equally convinced he is guilty. Rupert Friend will play James Whitehouse, the ambitious and charismatic junior minister who has always shared his wife’s good fortune — until now. Sienna Miller will play Sophie Whitehouse, the Oxford graduate, a wife and a mother of two whose perfectly charmed life is about to implode. Dockery will be Kate Woodcroft, QC, the steely criminal barrister specializing in prosecuting sexual crimes who’s risen quickly in her field, and just got handed the case of a lifetime.
THE QUEEN'S GAMBIT
TRAILER FOR NETFLIX SERIES
Speaking of Netflix, they've just released a trailer for a series that is coming as soon as October 23rd! THE QUEEN'S GAMBIT starring Thomas Brodie Sangster and Anya Taylor Joy in their new seven episode story. Eight year old orphan Beth Harmon is quiet, sullen, and by all appearances unremarkable. That is, until she plays her first game of chess. Her senses grow sharper, her thinking clearer, and for the first time in her life she feels herself fully in control. By the age of sixteen, she's competing for the U.S. Open championship. But as Beth hones her skills on the professional circuit, the stakes get higher, her isolation grows more frightening, and the thought of escape becomes all the more tempting. Based on the book by Walter Tevis.
Posted by DEZMOND at 1:00 PM