JANNIS NIEWOHNER IS A NAZI THAT SWITCHES SIDES IN NEW GERMAN WW2 EPIC TV SERIES THE TURNCOAT FROM BETA FILM! 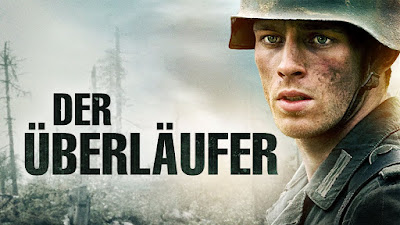 'THE TURNCOAT' SENDS
JANNIS NIEWOHNER TO WAR
Back to our favourite international waters, we are presenting you today with German mini series THE TURNCOAT which aired in Germany back in April, but is starting this weekend in Europe on Epic Drama cable channels. The four episode war drama comes from Beta Film.


The Turncoat directed by Academy Award winner Florian Gallenberger from Sigefried Lenz's international bestseller "Der Überläufer", is set in the summer of 1944. German soldier Walter Proska
(Jannis Niewohner, whom we adored as Maximilian and Goldmund) is about to return to the Eastern Front when his train is blown up by his love interest, the partisan Wanda. Together with a scattered bunch of fellow soldiers, cut off from the front, he awaits certain death while his commanding officer, Willi Stehauf, issues ever more senseless and inhumane orders. Proska's encounter with a young Polish woman fighting as a partisan and his friendship with his comrade Kürschner increasingly makes him doubt his oath of allegiance. As the Red Army draws
closer, Proska becomes a prisoner of war and the only way he can save himself is by defecting to the enemy. By January 1945, he is part of the Red Army –
sure that he is finally fighting for the right cause. Yet in the aftermath of war, in Berlin's Soviet Zone, he has his doubts as he realizes that neither he nor the
country can shed the burdens of the past. Once again, as his fate hangs in the balance, he is forced to make a moral decision, defecting yet again – this time, to the West.