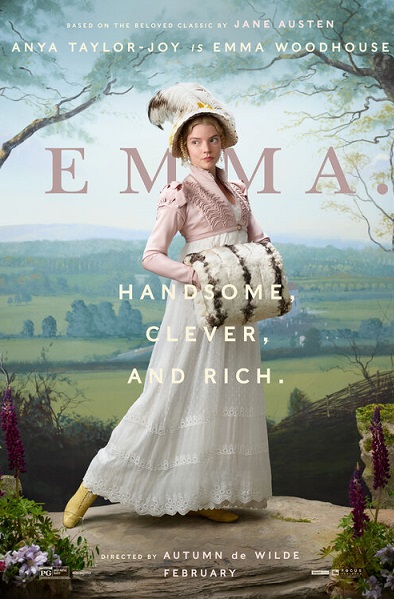 'EMMA' ADAPTATION
BRINGS FUN THIS VALENTINES
If you don't know where to take your love this Valentines Day, you might take them to visit EMMA, as the latest big screen adaptation of Jane Austen's novel from Focus Features hits theatres February 14th with Anya Taylor
Joy as clever and rich Emma Woodhouse, a restless queen bee without rivals in her sleepy little English town. In this glittering satire of social class and the pain of growing up, Emma must adventure through misguided matches and romantic missteps to find the love that has been there all along.


Who Is In The Cast?
British thespians Bill Nighy as Mr. Woodhouse, Josh O’Connor as Mr. Elton, Callum Turner as Frank Churchill, Rupert Graves as Mr. Weston, Johnny Flynn,  Mia Goth as
Harriet Smith, Miranda Hart as Miss Bates, Gemma Whelan as Mrs. Weston, Amber Anderson as Jane Fairfax, Tanya Reynolds as Mrs. Elton and
Connor Swindells all star in the movie scheduled to hit American cinemas February 21st! The colourful costumes in the film were done by Alexandra Byrne who also did our favourite films Elizabeth and Hamlet. 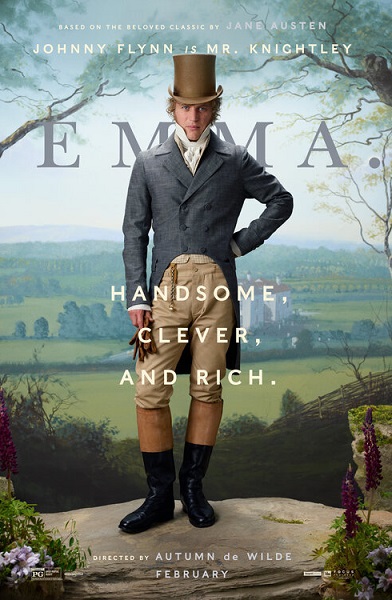 A Selfless Matchmaker!
Autumn de Wilde is making her directorial debut with the film in which Anya Taylor Joy plays Emma Woodhouse, a congenial young lady who
delights in meddling in other people's affairs by match making. She is perpetually trying to unite men and women who are utterly wrong for each
other. She often tries to find a suitor for her best friend but fails because the suitors usually fall for herself. Despite her interest in romance, Emma is
clueless about her own feelings and is not considering her own happiness in love!!  Check out the vivacious and playful trailer below and the photo shoot from  Vogue: