BBC'S 'GENTLEMAN JACK'
2B PLAYED BY SURANNE JONES
Gay friendly news from BBC today! They've change the name of their period set series Shibden Hall into GENTLEMAN JACK who will be played by Suranne Jones in the eight part series about a 19th century lady who lived like a man!
The protagonist is Anne Lister, the remarkable landowner who - after years of exotic travel and social climbing - returns to Halifax, West Yorkshire in 1832, determined to transform the fate of her faded ancestral home, Shibden Hall. To restore it to its former glory, Anne must re-open her coal mines and marry well. But  charismatic, single minded, swashbuckling Anne Lister - who dressed head to foot in black and charmed her way into high society - has no intention of marrying a man. True to her own nature, she plans to marry a woman. And not just any woman: the
woman Anne Lister marries must be seriously wealthy. Every part of Anne’s story was recorded in her diaries that contain the most intimate details of her life, once hidden in a secret code that is now broken.


'MAN IN AN ORANGE SHIRT'
BBC MINI SERIES GETS A TRAILER
Meanwhile, BBC has also finally released a trailer for their gay, also period set, series MAN IN AN ORANGE SHIRT, a two part mini to be launched Monday July 31st within BBC's Gay Britannia summer
programme! Bestselling British novelist Patrick Gale wrote two love stories set 60 years apart,  linked by family and a painting, with a
secret that echoes down the generations. It charts the challenges and huge changes to gay lives from the Second World War to the present day. Two of our dearest hunks Julian Morris and Oliver Jackson Cohen lead the cast! 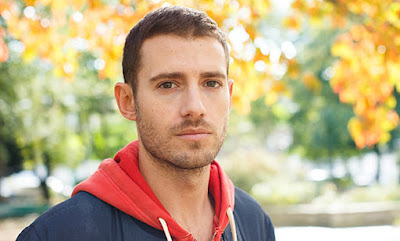 BEING GAY THROUGH DECADES
In 1944, British Army Captain Michael Berryman (Oliver Jackson Cohen) meets war artist Thomas March (James McArdle) in
Southern Italy while chaos reigns all around them. Despite having a young fiancé, Flora (Joanna Vanderham), waiting at home for him,
straight laced Michael finds himself falling for Thomas’ bohemian charms. In 2017, an ageing Flora (Vanessa Redgrave) looks on as her grandson, Adam (Julian Morris), tentatively forms a relationship
with his client Steve (David Gyasi) in a more accepting world. But while the external obstacles have fallen away, a minefield of internalised issues and dangerous temptations still line the road to happiness.