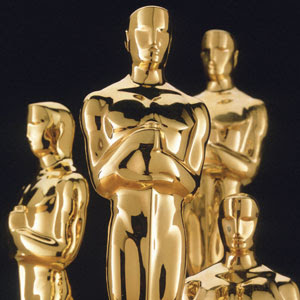 Academy of Motion Pictures and Arts has announced today that next year Oscar's ceremony will have ten films nominated in the Best Picture category instead of the usual five.
This means that ten movies will directly get nominated for Oscar and, off course, only one will be the winner. The same thing was done at the ceremonies before 1943. The nominations for the 82nd Academy Awards nominations will be announced on February 2nd 2010.
Sounds cool to me, in this way more good films will get into the golden spotlight.
Posted by DEZMOND at 11:08 PM