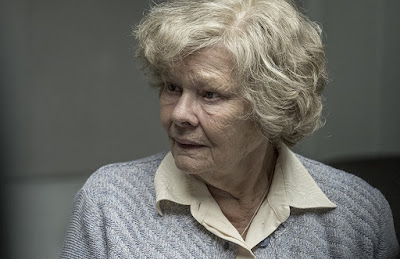 EVERYONE HAS THEIR REASONS
Judi Dench plays her as a retired scientist living in today's London who gets arrested for crimes done decades ago. Sophie Cookson plays her younger version back in 1938, when she was a new student at Cambridge, where a
chance encounter with Sonya (Tereza Srbova), an alluring fellow student, draws her into a circle of politicized youths supporting the Republicans in Spain and the Soviet dream of a classless society. Joan falls for Sonya’s brother
Leo (Tom Hughes), a dashing idealist in search of adventure. When the Second World War begins, Joan goes to work for Max (Stephen Campbell Moore) at a top-secret British intelligence project of great interest to Leo.
Joan is soon facing several difficult choices: between national loyalties, between belief systems, between men. Somewhere in all this, she will also discover her tremendous potential