EPIC TRAILER AND POSTER FOR ASIAN HISTORICAL SPECTACLE 'THE GREAT BATTLE' WITH IN SUNG JO! 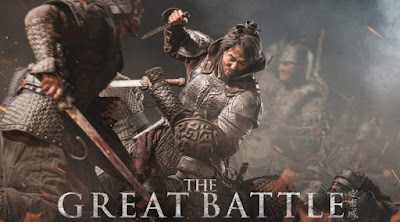 'THE GREAT BATTLE'
EPIC TRAILER AND POSTER!
The only thing I have to show you this boring weekend is epic trailer for Korean historical adventure THE GREAT BATTLE (aka Ansi Fortress) which is out next month starring In-sung Jo and directed by Kwan-shik Kim. 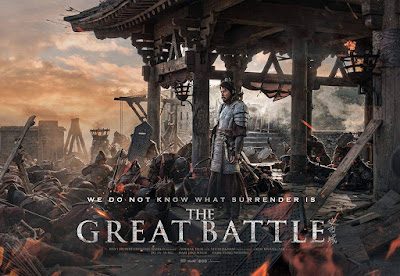 THE STORY OF THE GREAT BATTLE
describes the siege of Ansi Fortress in year 645, and the epic eighty-eight day battle that Yang Man-chun and his Goguryeo troops fought against 500,000 invading Tang dynasty men to defend it.